ANU College of Asia & the Pacific

Documentary – Women at the Water’s Edge. Lives of women in a climate changed world 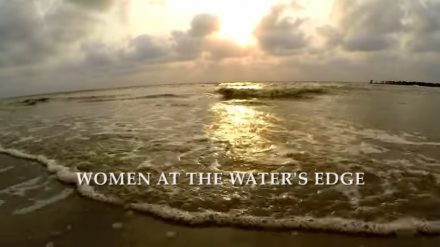 The film is based on Professor Kuntala Lahiri-Dutt’s ongoing research on the effects of climate change on women living in the villages of Sundarbans, focusing on how they are facing up to the challenges thrown by the rising sea levels, higher tidal surges that breach through the embankments that protect villages and farmlands, more frequent and more intense cyclonic storms and so on.

Although everyone’s life is changing, women are affected more than men as they carry out the daily chores – collecting fresh water as salinity creeps into the soil and underground aquifers.

The film was made in collaboration with Kuntala’s colleague, Ronodeb Paul, of Kolkata, India.

The documentary can be viewed on YouTube by following this link.

You appear to be using Internet Explorer 7, or have compatibility view turned on. Your browser is not supported by ANU web styles.
» Learn how to fix this
» Ignore this warning in future